Dio grew up in Virginia, and began his flying in the green hills of the Appalachians. After earning a Physics degree from Roanoke College, he migrated to Colorado in 2016 to pursue higher education at CU Boulder, where he gained experience as a Teaching Assistant. Since then, he has shifted gears towards a career as a pilot. His journey has taken him to the Swiss Air Force in 2017, and back to Colorado in 2018 where he has worked with Pilatus Business Aircraft as an analyst. He towed gliders for the 2019 season with Mile High Gliding in Boulder, where he earned a glider rating as well. He is excited to be a part of RMFS, and looks forward to helping others achieve their aviation goals! 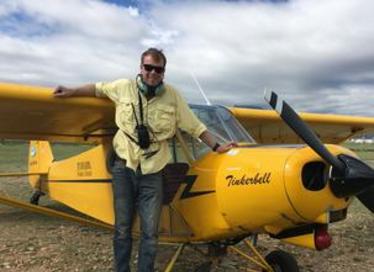