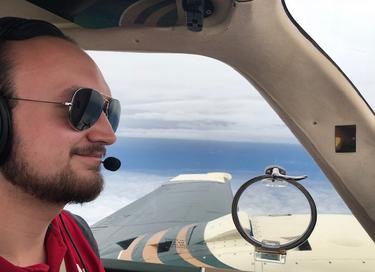 Eldon earned his private pilot certificate in 2018 at Boulder Airport after finishing his senior year at Fairview High School in Boulder. Mr. Hesselius attended the University of Oklahoma where he successfully completed the rigorous curriculum in the top of his class. While at Oklahoma, he completed the remainder of his flight training sans multi-engine and MEI at Rocky Mountain Flight School. Eldon enjoys spending time at the airport and flying with his father in his pristine 1977 Beechcraft P-Baron and is looking forward to a prosperous career as a pilot for FedEx as well as being a heavily involved member of the general aviation community.