Matt Beyer started flying in 1999 with his initial training being out of the Boulder Airport when it was 1V5.  Matt's early flying included the usual Cessna's and Piper's as well as tail wheel and vintage aircraft.  Matt is a member of the Civil Air Patrol which focuses on search and rescue for Colorado.  He continued his training with Rocky Mountain Flight School shortly after they opened for business where he received his Instrument rating, Commercial rating and Flight Instructor certificates.  Matt is pleased to now be a part of the Rocky Mountain Flight School as a flight instructor. 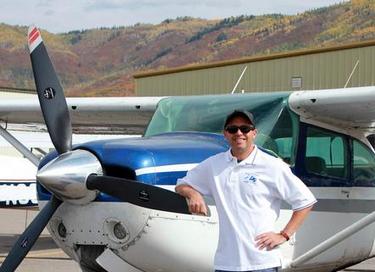