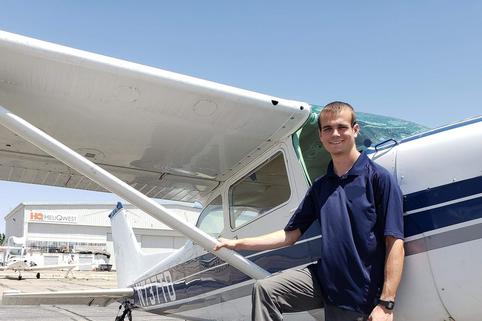 Sam’s formal flight instruction began at a Glider National Flight Academy through the Civil Air Patrol when he was 15. Once he returned home, he started to pursue his private pilot certificate in the 1976 Cessna 172M based out of the Pueblo Memorial Airport and earned his certificate on his 17th birthday. He then earned his instrument rating before moving to Denver for college, where he added a glider rating to his private pilot certificate, earned his commercial pilot certificate, and earned his flight instructor certificate and ratings. His most enjoyable memories in aviation include flying to Glenwood Springs, learning to fly tailwheel, and repeatedly placing 3rd in the flight instructor event for the Nation Intercollegiate Flying Association SAFECON Competition. Sam’s hobbies other than flying include rock climbing and paintball.