Weston is an aircraft owner and working towards his ATP.  He started flying in 2000 and had his first lesson in an airplane before he started on his driver's license.  He has flown to every airport in Colorado and loves to mountain fly.  He has time flying in Alaska and Canada with crossing the border and declaring customs.  He is currently working on his CFII to further assist others in their passion for flying.  He has his tailwheel, high performance, and complex endorsements. He believes that a good pilot is always learning and strives to influence that behavior on his students. When able he flies Pilot N Paws missions and for Angel Flight West.  He also works a full-time job at Jeppesen and has been working in Aviation most of his adult life working for Frontier and several charter companies in the Denver area.  Outside of flying Weston loves the winter and the activities of snowmobiling, skiing, snowboarding and building a good snow cave.  He is an Eagle Scout and enjoys helping others taking extra time to assist where possible.  He is a father of two and enjoys time at home with his family and 4 dogs.  He commutes in his own plane to Metro and is also checked out in all of the planes at Metro. 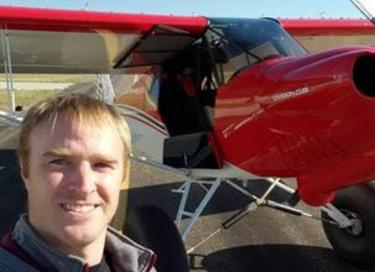